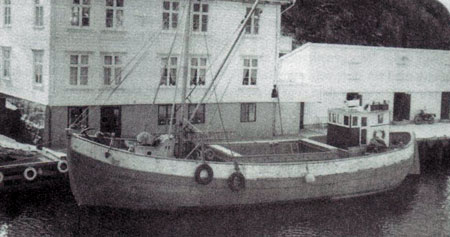 The “Monsøy” was a local norwegian fishing boat, that was built in 1933 as “Ida”. She spent the whole time of her existence in the local region of Ny-Hellesund, Mandal and Kristiansand. Originally she measured 25 gross tonnes. Her wooden hull was 14,90 m long, 5,27 m wide and had a depth of 2,04 m. Her original engine had 35 horsepowers. All that made her one of the largest an most modern fishing vessels of her time in that region. Below the deck of the bow there was accomodation for a crew of five, midships there was a large storage room. At the stern there was the engine room and the wheelhouse on top of it on deck. Originally “Ida” was used to fish for crabs and herring. Later on she was more frequently used as a coastal cargo boat. In 1946 her hull was lenghtend to 18,90 m. At the same time she was given the new name “Monsøy”. Her last owners, the brothers Sigurd und Erling Lunde from Mandal, bought the boat in 1964. They used “Monsøy” primarily to transport sand, that was mostly taken from the little river Mandalselven, and other building materials.

The wreck is located at the inward side of a little island. The inward wall runs nearly vertical to a sandy bottom at a depth of 40 m. There the wreck rests very closely to the wall, sitting upright on it´s keel with the bow pointing south. The shape of the hull is still clearly recognisable by the mostly intact structure of her wooden ribs. The planking of the deck as well as the side walls are also partly intact. The framing of the storage room can be recognised as well as the position of the former wheelhouse. Below it the remains of the engine can be found. On the foredeck the winch is still in place. Because of it´s good condition and it´s beautiful wooden ribs the wreck is very scenic and offers attractive and romantic dives of a kind that only wooden wrecks can offer. The depth will almost certainly demand decompression procedures. The decompression can be done in a relaxed manner following the vertical wall to the surface, as long as the breakers at the surface are not to strong. Depending on the direction of the wind it can be advisable to be dropped off on the outward side of the island and to dive around it to the inward side. The wreck can be located very easily.

More information you can find on the book: 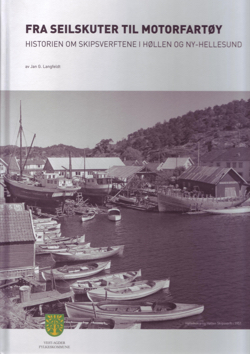