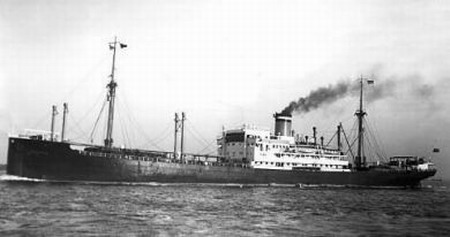 It is not recommended to dive with wind more then 12m/s from S,SW,SE,W!
Seattle went down in the Korsvikfjorden under the German invasion Weserübung 9. April 1940. The ship was on its way in to Kristiansand when she came under crossfire between the German cruiser Karlsruhe and the norwegian coastal fortress Odderøya, and the Norwegian forces thought this was a vessel that supported the German forces and started to shoot on the vessel with their 150 mm cannons. Seattle caught within a few minutes fire after several hits from the norwegian fort, and the crew abandoned the ship and were captured by the norwegian forces, were they were kept captive until the 10th of April. In the meantime the vessel continued to burn in several days before she drifted over the fjord ans sank in the the deep at Dvergsnestangen. around April 13. The wreck of Seattle was located by Erling Skjold/NSA in 1988, and has become a very popular dive site in Norway. The vessel rest today on a depth of twenty to seventy meters in good conditions.The wreck lays 400 metres from the dive shop.